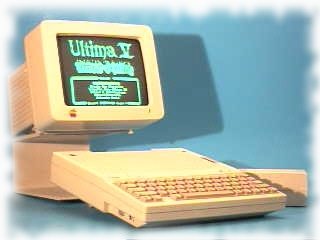 OK, you got me. I didn't really own an Apple IIc back in the 1980's. I should have. Or, I might as well have considering how much time I spent on them in school. I would do whatever I could to spend time on the Apple. In high school, we could get a special pass to spend time in the computer lab instead of study hall. I also would stay at school late just to hang out in the lab. Before high school, my grade school was not to far from a computer store. I would sneak over to that store and just play on the store models until the clerks would kick my butt out of there. Actually, the clerks didn't mind me much and even taught me a thing or two. The Apple II was a dominant force for about 10+ years. That is impressive. That period covered most of my school career. I first hopped on an Apple II+ in about 5th grade. Back then, our entire school only had 3 or 4 of them. By the time I hit 8th grade the Apple IIc was out. My 8th grade class had a few of those. In high school we had a whole lab of them, including the Apple IIgs. The gs was a sweet machine in its own right.

I bought my Apple IIc in 2000. I didn't plan to buy one. I was looking for a copy of Ultima V on ebay. I found an auction for one, but it had a catch. It came with an Apple IIc. That got me thinking, it would be entertaining to have an old Apple for nostalgia purposes. It has had a special place on my desk ever since. I still boot it up from time to time. Now, if I can only figure out the password lock on put on my old high school floppy disk!