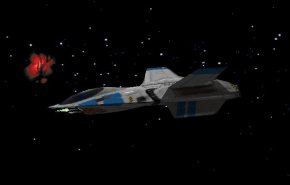 The Kilrathi Saga is updated versions of, * Wing Commander * Wing Commander II - Vengeance of the Kilrathi * Wing Commander III - Heart of the Tiger The original games were DOS only. I lost my floppies to them years ago. Origin decided to release the games again as a collector set for Windows 95. They also released the Secret Missions and Special Operations add-on packs via thier website for free. Wing Commander was one of my favorite games on my 486SX/20 I had back in 1993. Each new game expanded and even surpassed on the previous games. Between this and Ultima, I aways felt that Origin was the best PC game maker in the industry. Second only to Sierra.
Newman Rating: