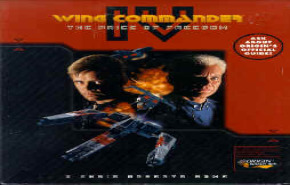 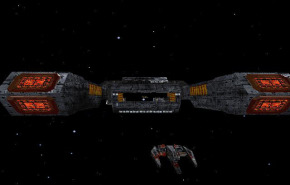 The Price Of Freedom is eternal vigilance. Or so the saying goes in the game. I actualy own two copies of the game. The original DOS version, and the updated DVD version that came with my Creative Labs Encore DVD Dxr3. I'm only going to enter the game in the database once though. Of the WC games, I feel that this one had the most interesting story line. Prophecy running a close second. After the fall of the Kilrathi empire, the human (or Terran) race finds itself figuring out what to do after being in a decades long war. Typically, there are those who wish to still be at war. This is what this game explores. WC4 still holds up well. The game is not hardware 3D accelerated, the graphics are still SVGA (640x480). The only things that come out bad, are the capital ships. Which up close, are quite pixelated. The movies are interlaced in the DOS version, and mpeg2 in the DVD ver. Obviously the DVD version is prefered if you are in it for the story. There is a patch to run the DVD version without Dxr3 hardware, so you don't need a Dxr3 board anymore. Still finding the DVD is near impossible if you are looking to collect a copy.
Newman Rating: