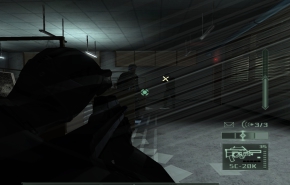 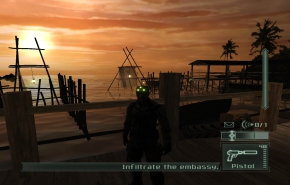 Sam Fisher is back working for Third Echelon in this second outing of the Spinter Cell series. This story revolves around bio warfare and the terriorists that are going to release it. Plenty of new locations as Sam travels around the globe in pursuit of these evil men. Overall, this is more of an expansion pack to Splinter Cell. Not much new here. Not that the game needed it. Some of the new environments are great. I really got a kick out of sneaking around, above and under the cramped envronment of a speeding passenger train. Also new is some jungle environments with plenty of foliage to use as cover. The variety of environments to do what Sam does is incredibly cool. This game also added a multiplayer component that I hear is awesome. But, I've never really had the time to check it out.
Newman Rating: