Star Wars: Shadows of The Empire 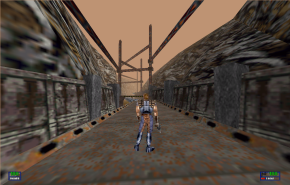 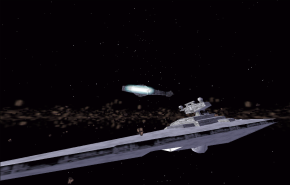 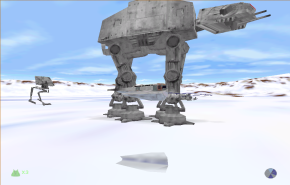 Based on the book that is a spin off from the movie. I read the book, it was a pretty good read actually. This game had the benefit of being one of the early 3D accelerated games available. That and the demo of the first level lead me to believe that the rest of the game would be as cool as the snow speeder battle. The further you got in this game the worse the levels got. The game showed plenty of signs of being rushed. It felt like a movie tie in game, though it is more of a book tie in. Not an awful game, it has some cool moments.
Newman Rating: