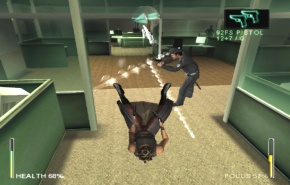 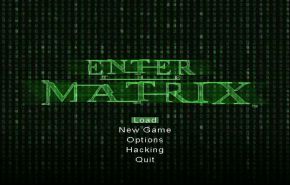 I picked this up on a whim while I was at CompUSA. I wasn't going to buy this game but for $9.99 it was hard to turn down. Best of all, unlike the original release of the game that came on like 6 CD's, this game comes on a single DVD. Why don't more companies ship games on DVD for PC? I mean come on! A DVD-ROM drive can be found for less than 20 bucks these days. That and I'm sure most compaies ship with them by now. Anyway, the game is not as bad as I thought. Granted the 2nd and 3rd Matrix movies did not have the magic of the first, but I wouldn't call them crap. This game does seem to want to explain more of what went on behind the action we caught on the silver screen. All in all, its your basic beat-em-up with some gunplay. A few driving levels thrown in for spice. The graphics are not up to the quality of this generation of game. There are a few bugs, I found myself getting caught on some invisible object and not being able to move more than once. You can tell this game was rushed out the door to ride along with the movie's interest. At least the voice acting and the music is as good as what you see in the movie. I wish the 1st person mode was a bit more useful. The targeting seems to be straight from the console and not all that optimized for keyboard mouse users. I'll probably whip through this game and then un-install it to save the 4 gigs of install space it uses. So far, its not all that hard of a game.
Newman Rating: